Welcome to our blog

As our Unit on local history and mining draws to a close, we have been looking at photographs of the scenes that took place during the ’84 Miners’ Strike. 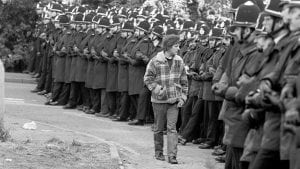 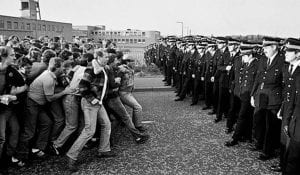 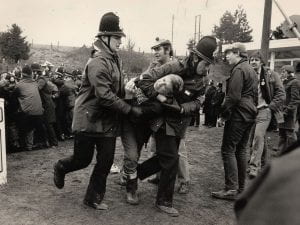 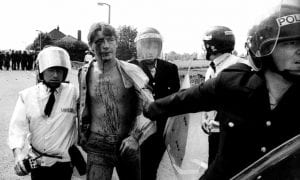 In literacy, we were trying to imagine what those men would have been thinking about or saying in those photos.  We have decided to try and capture those feelings with a piece of artwork.  It will take several stages for us to get to the finished piece.

Mr Swallow brought in lots of photographs of people who are angry!  Some of them were actors, pretending to be angry and some of them were real photos of how people behaved in riots or strikes.  We were looking at the poses that showed their feelings and the posture in which they were holding their body.  A lot of them were remarkably similar! 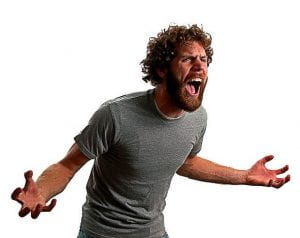 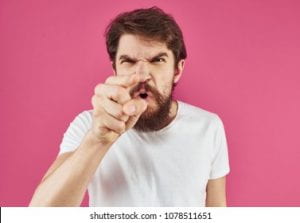 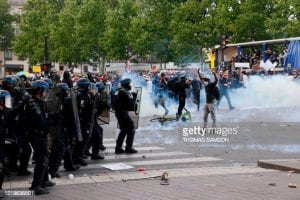 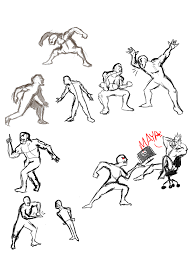 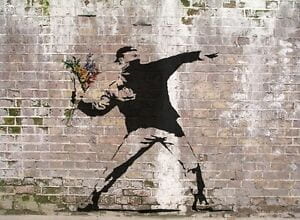 Next, we chose a partner and Mr. Swallow gave us a huge piece of art paper.  We could either trace the person from the photograph and then edit the tracing to look like the character we wanted, or just use the pose of the person in the photo to inspire and inform our own drawing.  We scribbled on the back of the tracing paper so that we could then print our tracing onto the huge art paper.  Together, we built up a selection of scenes showing the angry protests of the miners on our big paper. 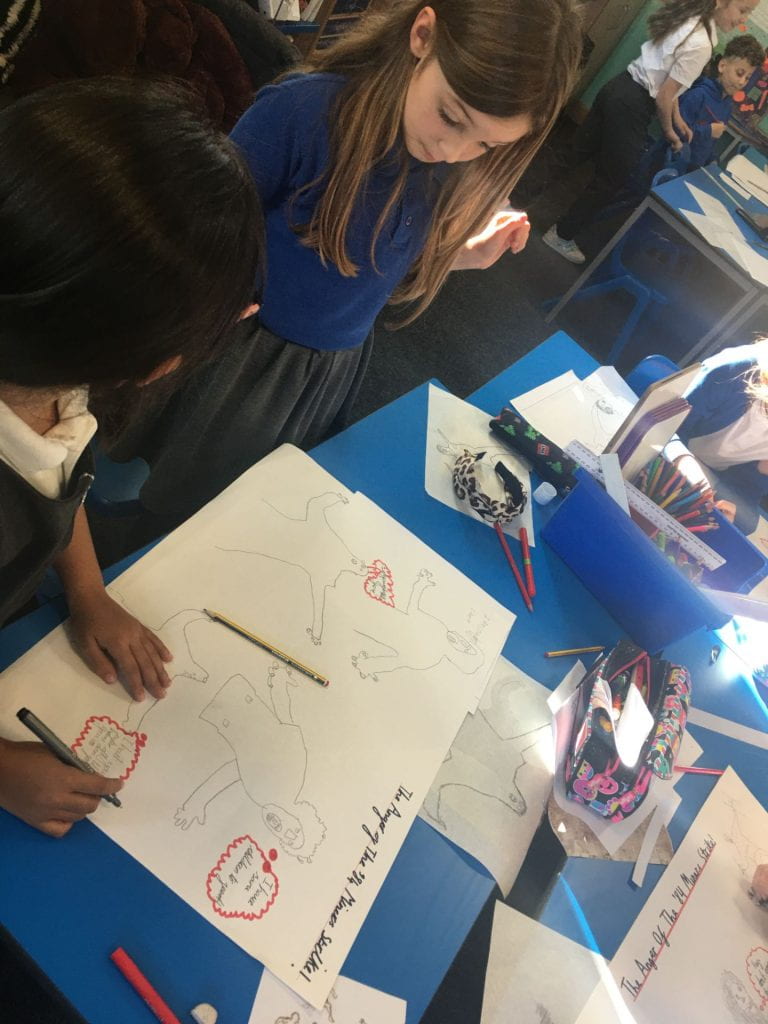 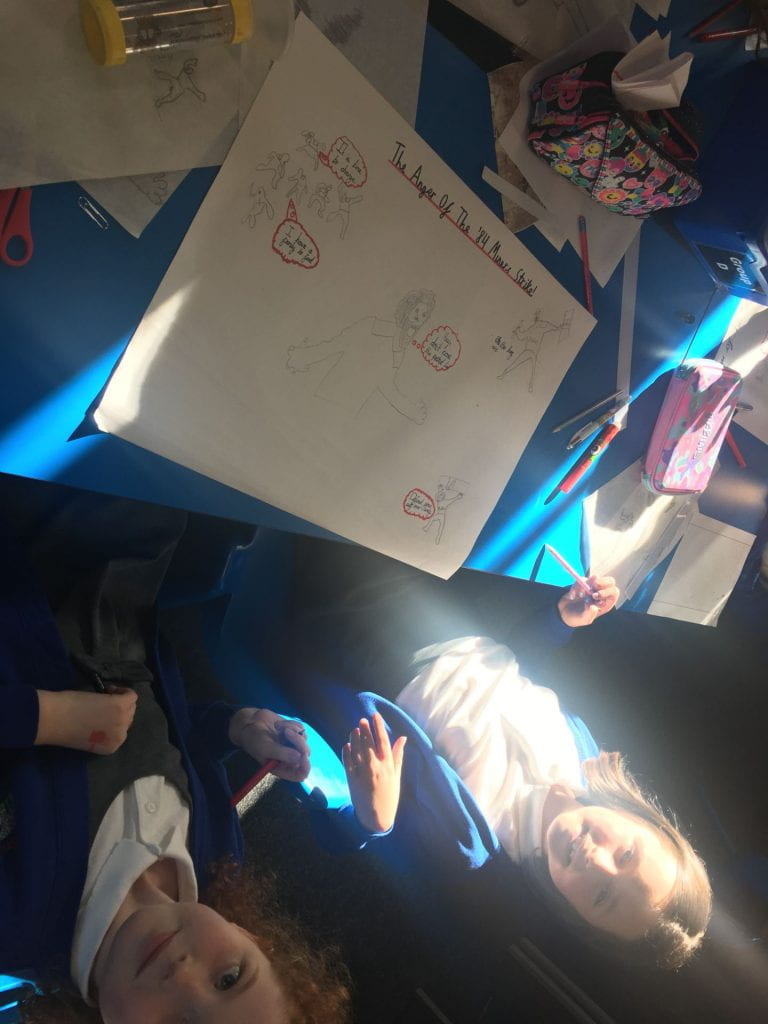 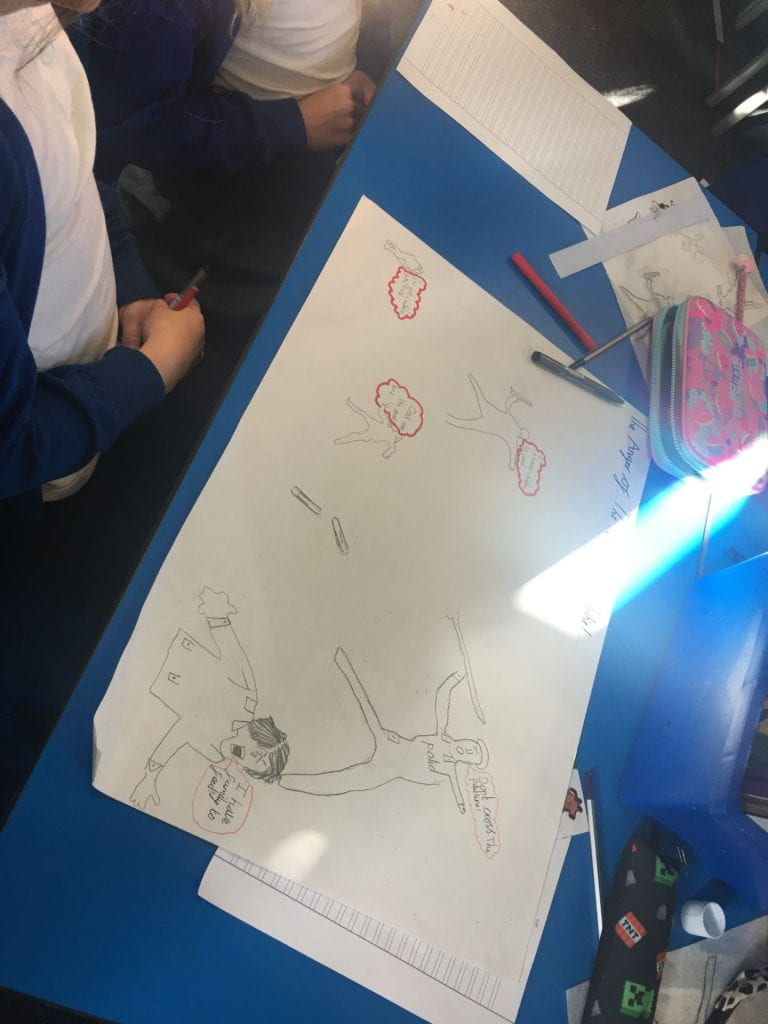 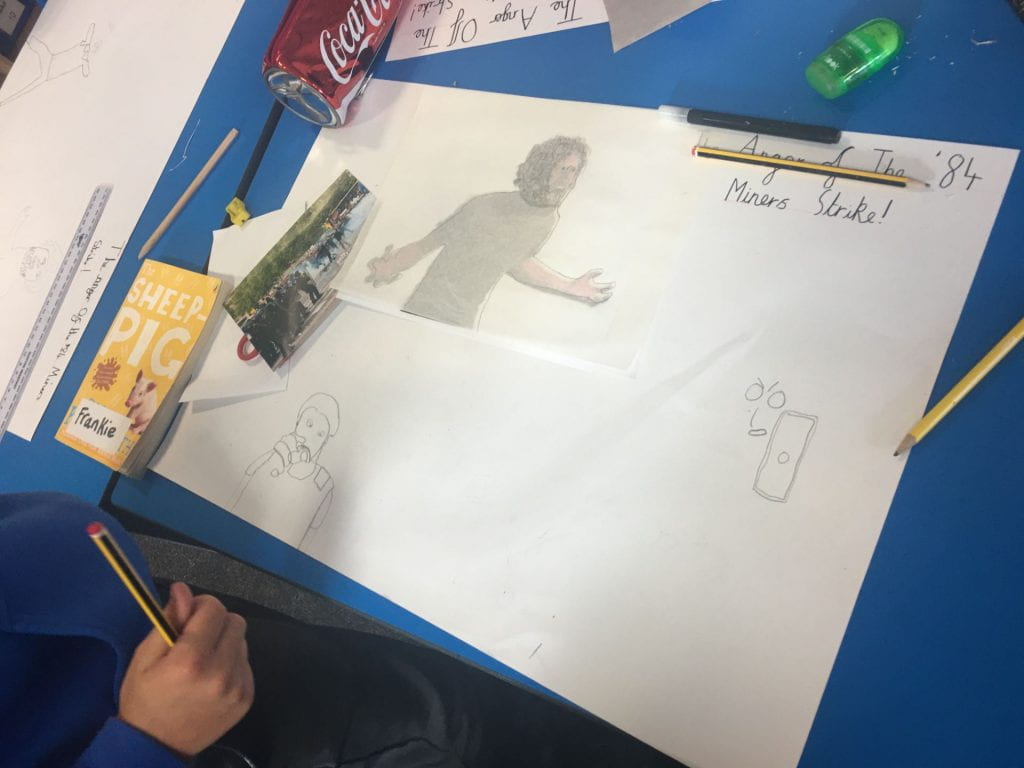 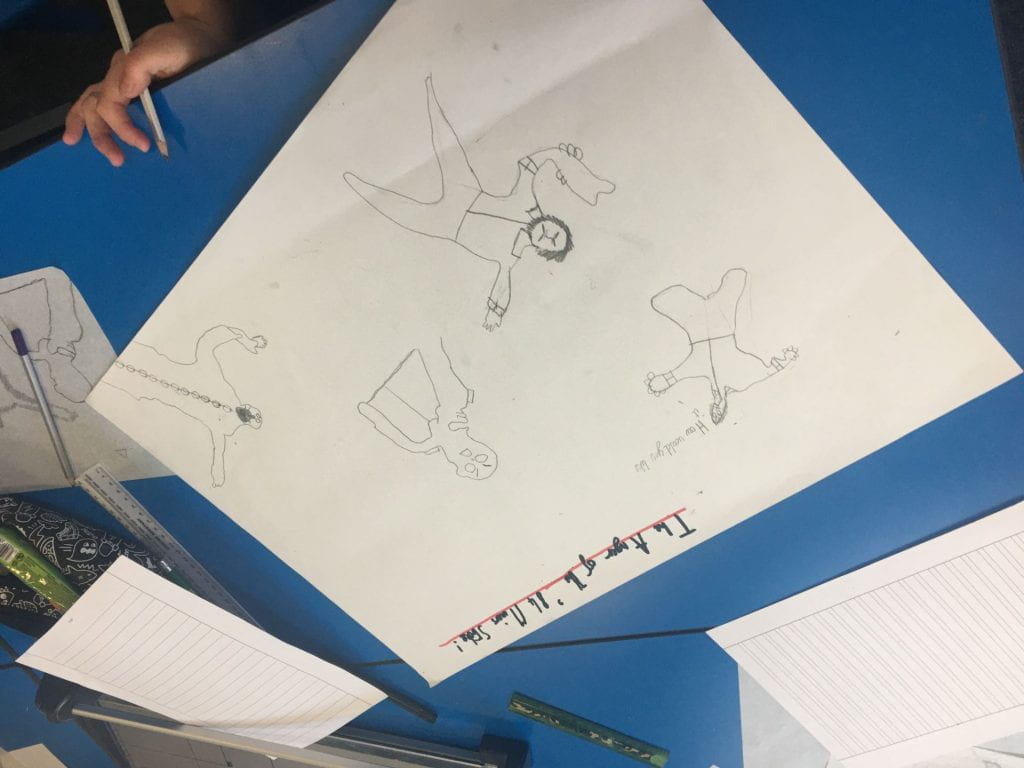 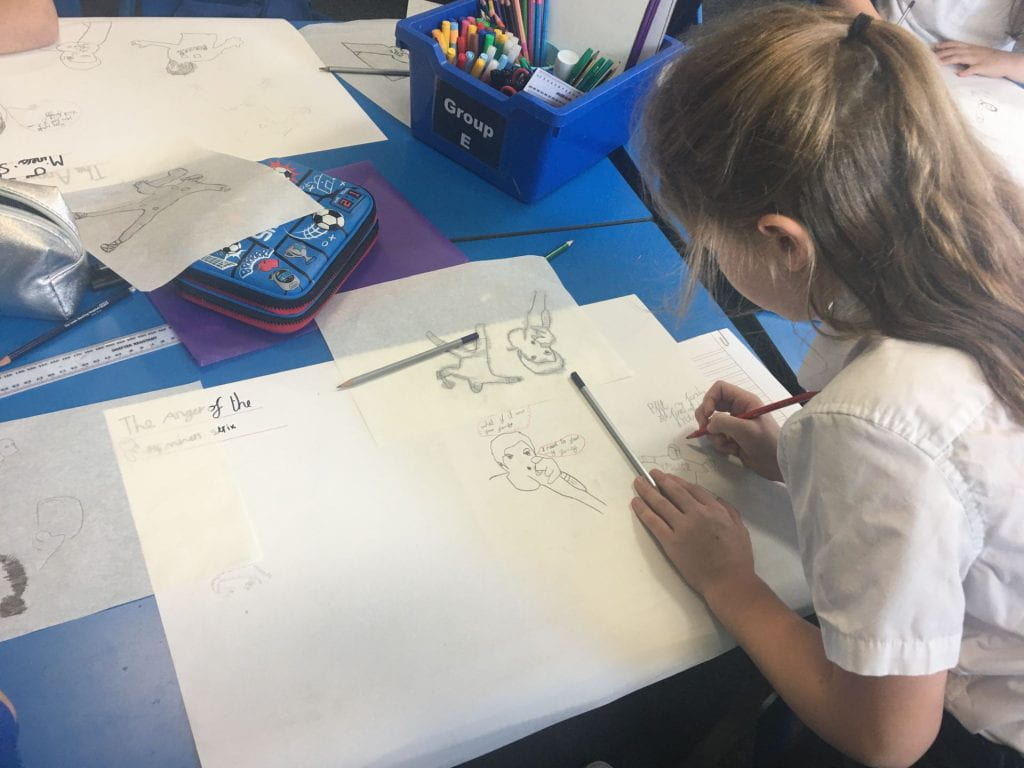 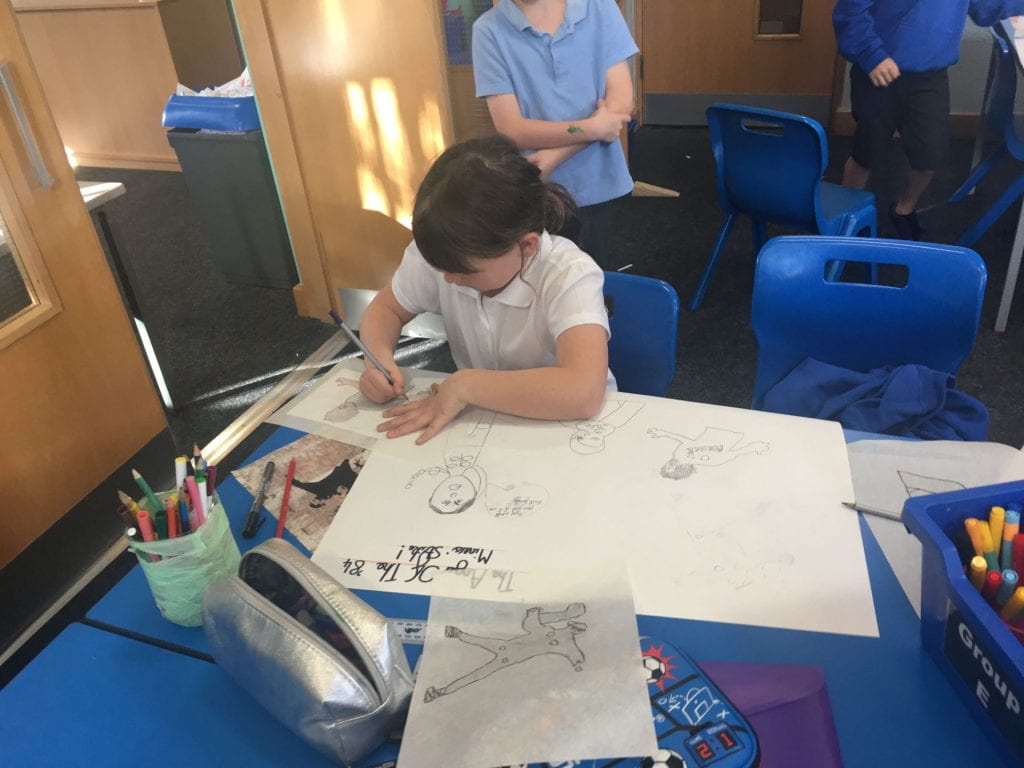 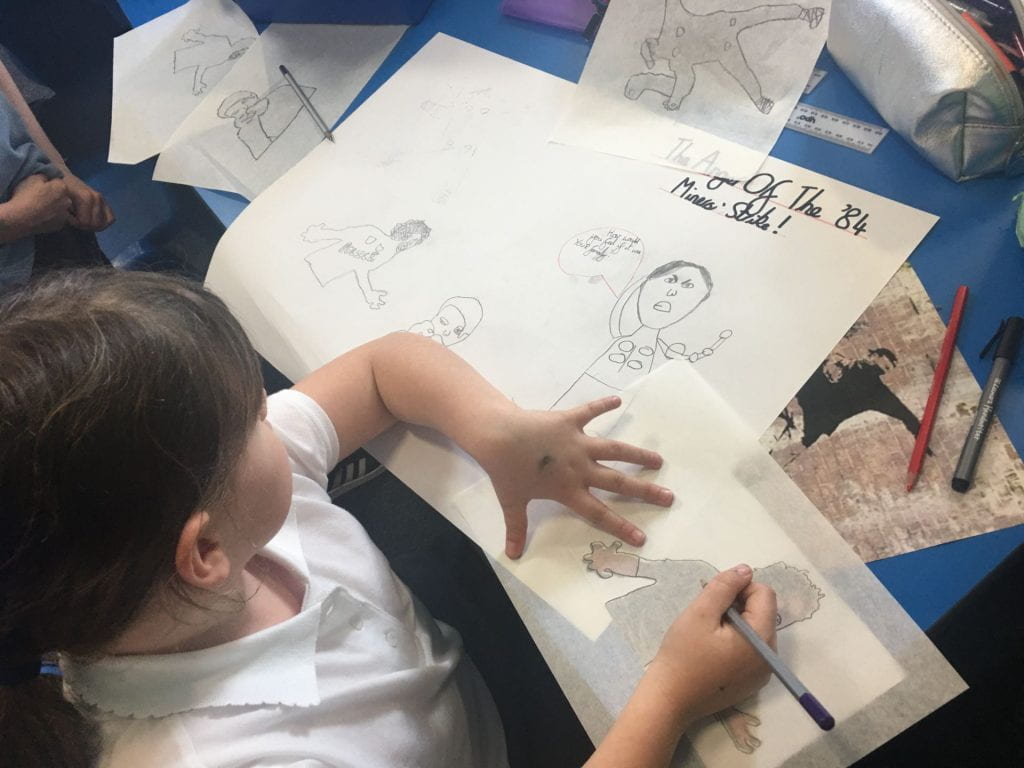 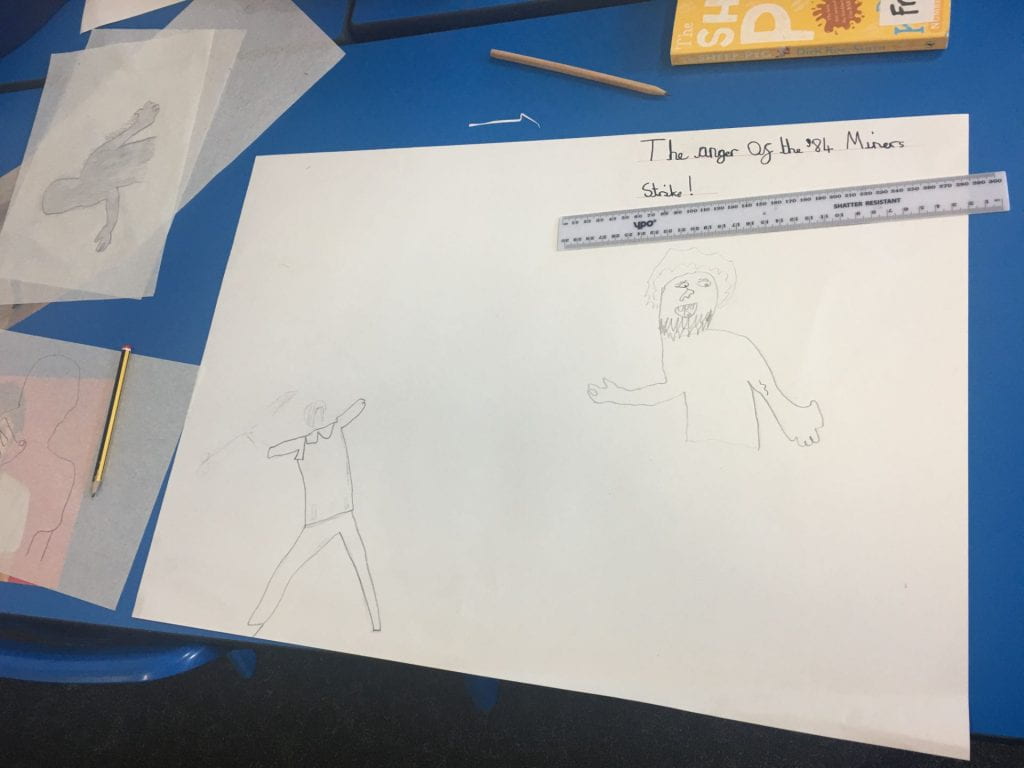 The final step was to frame the scenes.  We chose charcoal because of the obvious tonal links to coal and the miners.  Framing the scenes in a black, dusty cloud gave the pictures a foreboding sense of anger and darkness.  The charcoal even reminded us of the clouds of smoke we saw in the riot pictures or ‘clouds of anger’ as Tilly eloquently put it!  We want our pictures to represent the scary, upsetting and even dangerous situation that those miners found themselves caught up in in the dark days of 1984. 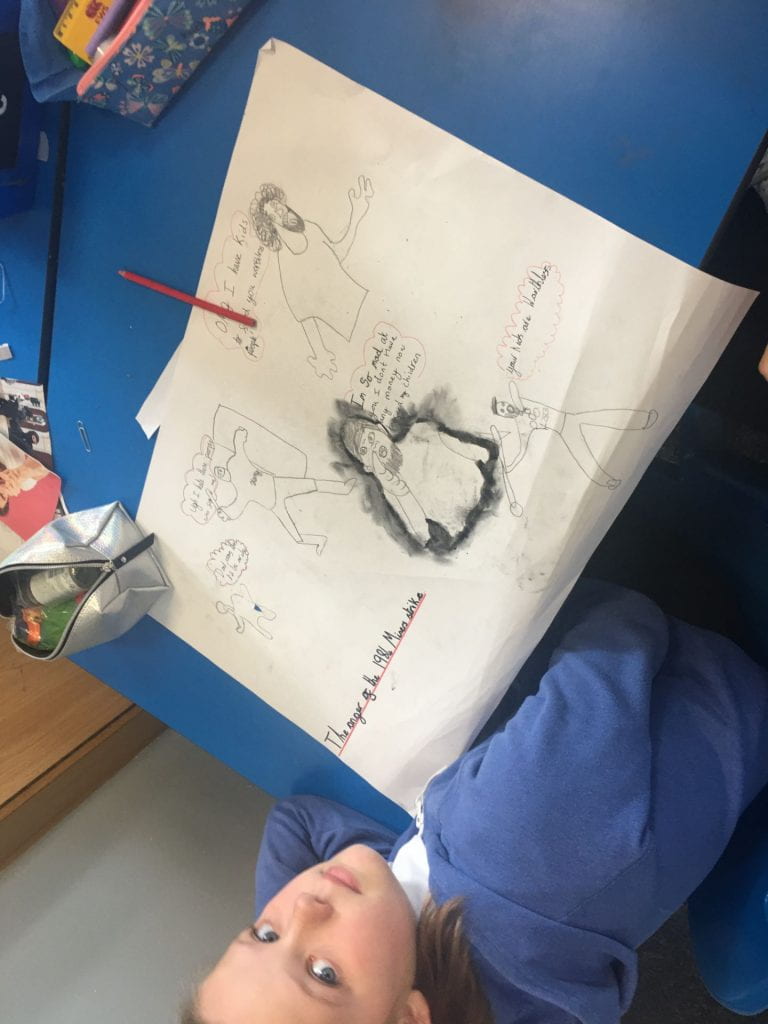 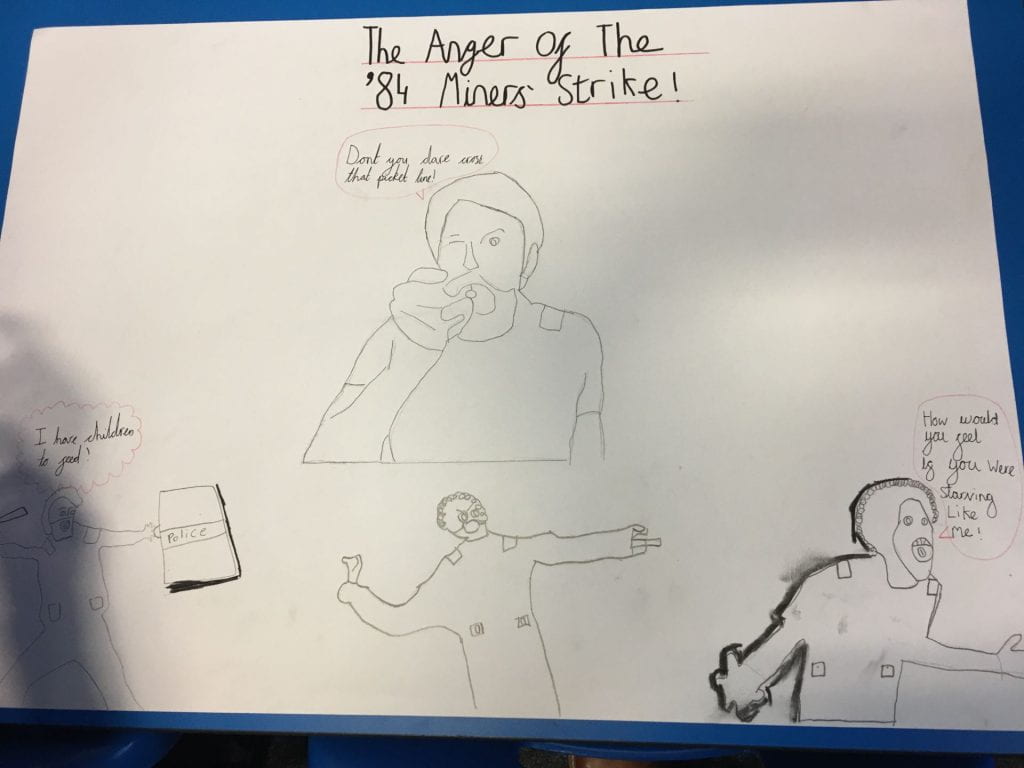 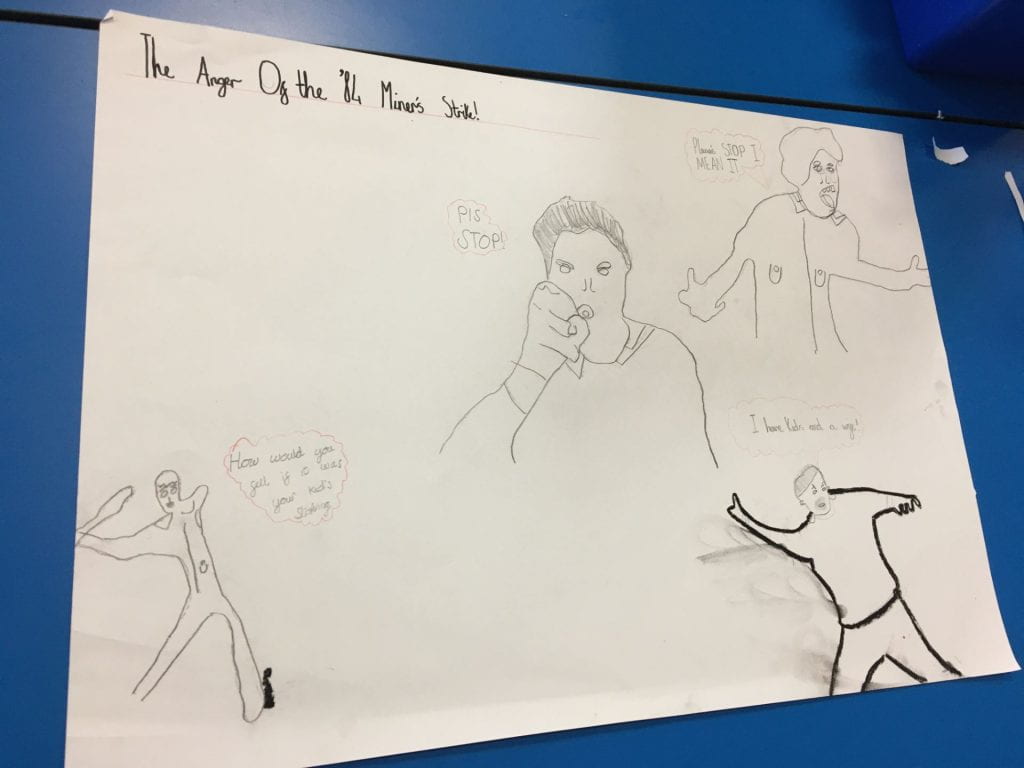 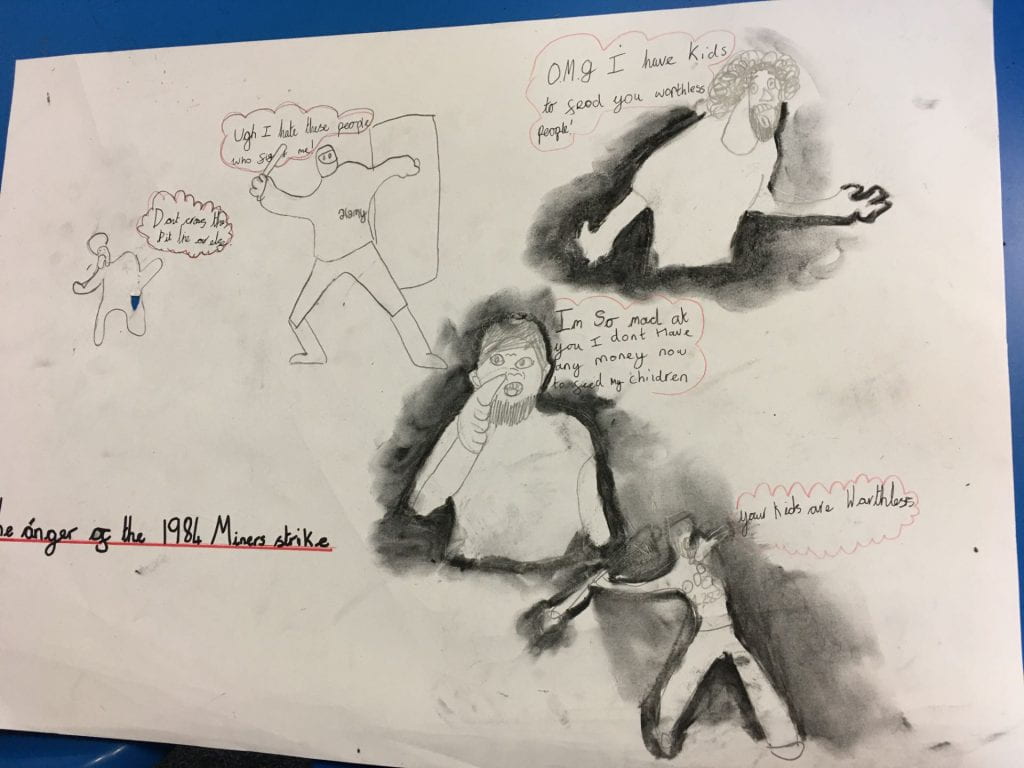 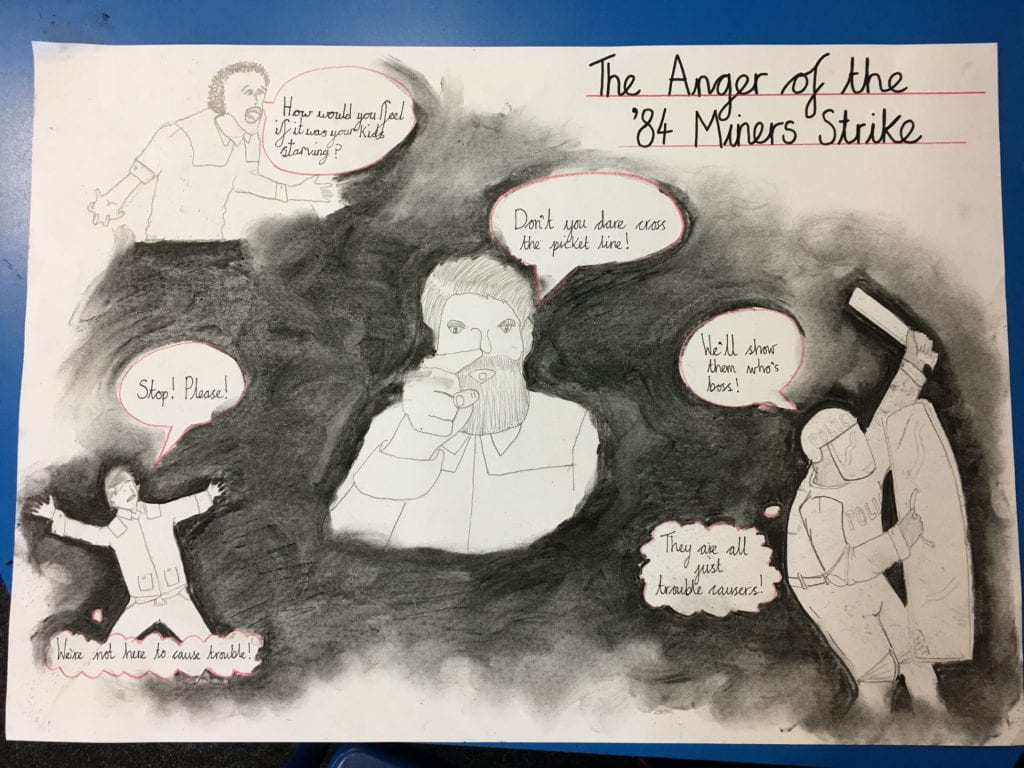